In the Tarangire National Park which covers an area of 2800 sq km. The lodge lies 118 km south west of Arusha, approximately 2 hours drive from Arusha town and 20 mins flying time with another 40 mins transfer time from Kuro Airstrip to the lodge. 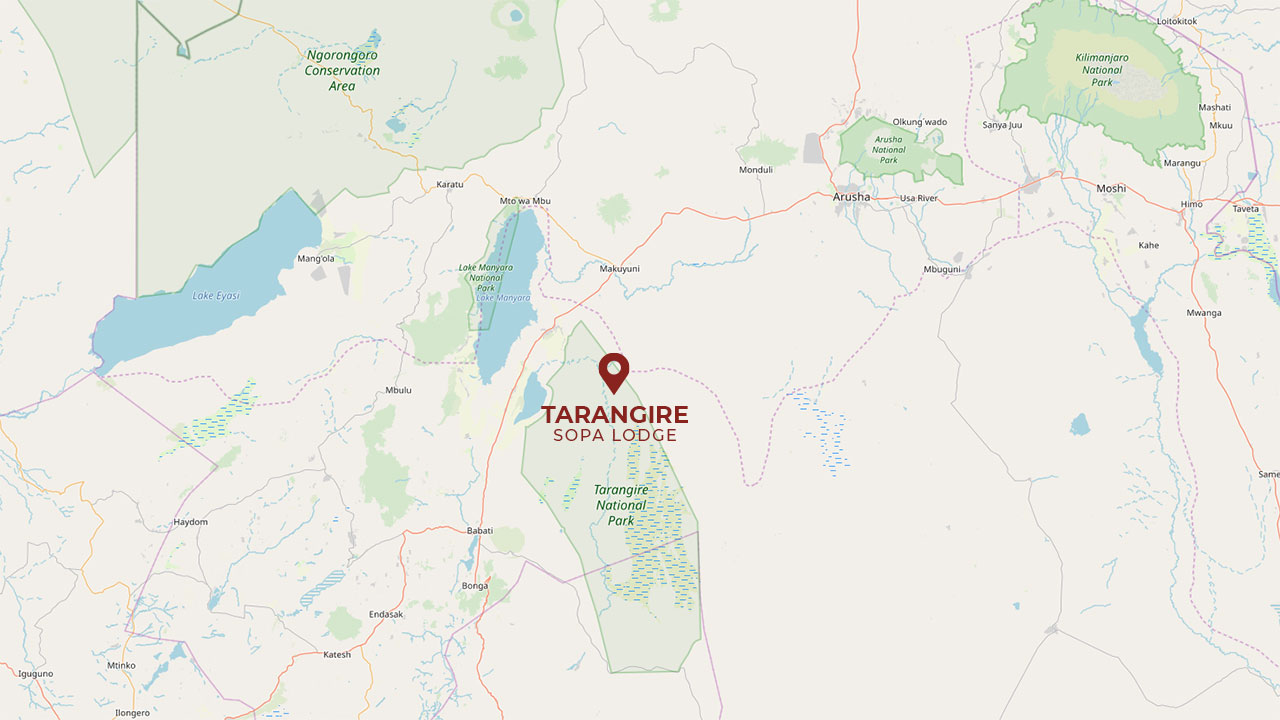 This 2,850 km2 park, the 6th largest in Tanzania and possibly its best well kept secret, was established in a naturally dry area in the northern part of the country in 1970, and was the fifth conservation area to be declared after the country’s independence in 1961. Mostly made up of savannah grassland, Tarangire also boasts rolling hills, rocky outcrops, extensive swamps and Acacia woodlands as well as an unusually large number of huge Baobab trees.

Because of the permanent, life-giving water flowing through the park by way of the Tarangire River, it has one of the highest concentrations of wildlife between the long rains in April and May, and the short rains in November. It is also a bird watcher’s paradise with its more than 550 species of birds, and the swamps support the largest number of breeding bird species to be found anywhere in the world.

While there is also an abundance of all forms of wildlife throughout the year, Tarangire is especially renowned for its large herds of elephants, tree climbing lions, huge pythons, its herds of oryx which are regularly seen, and also for its rock paintings which were done by early man tens of thousands of years ago.

It is also one of the few National Parks in East Africa where you can get high in a hot air balloon, and where nature walks and night game drives are allowed in the conservancies which border the park.