Set in 200 acres of private land, and with a rustic charm all of its own, the lodge nestles in the foothills of Mount Kilimanjaro which, at almost six thousand metres, is Africa’s highest and most famous snowcapped mountain. It was this region of Kenya that, in the 1930’s, inspired Ernest Hemingway’s unforgettable stories ‘The Snows of Kilimanjaro’ and ‘The Short, Happy Life of Francis Macomber’ which were turned into more than successful feature films in the late 1940’s due to their renowned actors. All forms of wildlife still abound in this wilderness which continues all the way to the Amboseli National Park, an easy twenty minute drive away from the lodge. 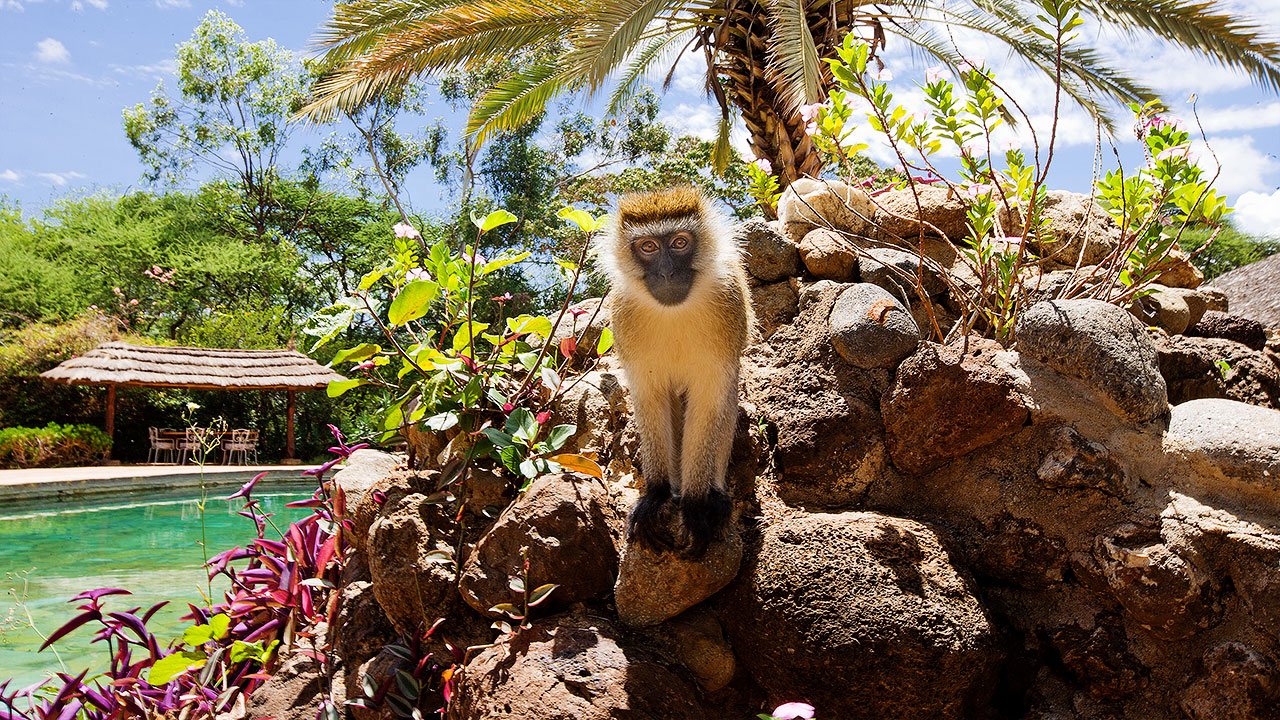 While the park conserves over six hundred breeding species of birds as well a host of rare and wonderful wildlife, this is also home to the Maasai people, perhaps the world’s most renowned African tribe.

Edge of The Amboseli National Park. 250 Km by road from Nairobi.

4 hr drive from Nairobi. 30 minute flight from Wilson Airport to Amboseli KWS airstrip. 1 hr transfer from the airstrip to the Lodge.