By road the lodge is 325kms north of Nairobi, a journey during which you will cross the Equator and enter the northern hemisphere. The tarmac stops at a small town called Archer’s Post, and from there it is a 21km game drive on all weather roads to the lodge.

The flying time from Nairobi is an hour and a half. 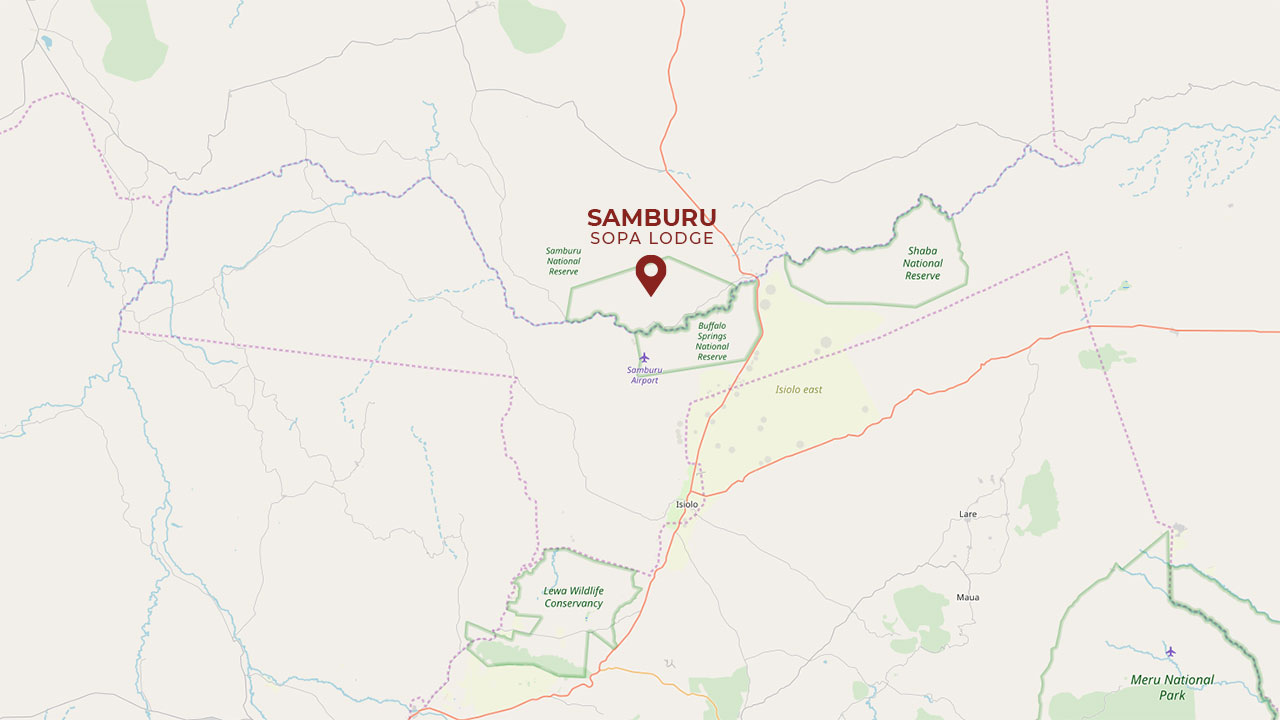 And it was in this area that George and Joy Adamson raised Elsa the lion cub, and where they wrote the best selling book, Born Free, which later became an award winning movie. Joy later also wrote books about her pet cheetah and leopard, and today there is a museum dedicated to their memory at Lake Naivasha.

The Ewaso Ngi’ro River flows through this semi-desert, arid and environmentally harsh region while it divides the Samburu and Buffalo Springs reserves, and forms the northern Border of the Shaba Reserve. While it sustains Samburu’s large populations of wildlife in an area of 165 km², it also nurtures numerous forms of lush vegetation along the lines of its banks to include doum palm groves and dense riverine forests.

While there is a wide variety of animal and bird life to seen in the reserve, several species are considered unique to the region including the Grevy’s zebras, Reticulated giraffes and Vulturine guinea fowls. Lions, leopards and cheetahs can also be found here, as can elephants, buffalos, crocodiles and hippos. Other mammals frequently seen in the park include Olive baboons, gerenuks, warthogs, Grant's gazelles, Kirk's dik-diks, impalas, waterbucks, and Beisa oryxes.