In general, tourists should wear modest or conservative attire, especially in Zanzibar, which is a conservative Muslim society. Western women should not wear clothing that reveals too much skin. 'Kangas', brightly-colored wrap-around cloth, are affordable, available throughout the country, and can serve as a discreet covering.

The Masai people, with their colorful clothing, are tempting targets for any tourist with a camera. However, they expect to be paid for it, and you should always ask before taking pictures.

Many sellers are persistent and, ordinarily, a simple head shake, accompanied by "asante sana", should settle it. However, as a last resort, a firm "hapana", meaning "no", will do the trick. Tanzanians find the word "hapana" quite rude, so please don't use it casually -- only as a last resort. Whatever you plan to do, do not tell someone you will come back to buy from them later when you have no such intention; better to be honest and say 'no' than having to avoid someone for days. They somehow have a funny way of finding you when you promised to visit their stall or shop!

The most polite way to refuse something is to say "sihitaji" (pronounced see-hih-tah-jee)- "I don't need it". All travellers must exercise vigilance in both their belongings as well as their behaviour, so as not to attract undue attention.

It is advised that all travellers visit their own Government or Embassy websites to obtain up-to-date advice on travelling to Tanzania.

Kenya has known the presence of humankind since the very earliest development of our species. Moreover, the region has long been a migratory path, passed through by wave upon wave of peoples from all over Africa and, later, from the Middle East as well. By the 10th century or so, the region had developed its own lingua franca, Swahili, which is a Bantu language heavily overlaid with Arabic. Among other familiar words, safari is Swahili, meaning simply travel.

With the arrival of the Portuguese at the end of the 15th century, the East African coastal region was for a time dominated by the Europeans. However, in 1729 the Portuguese were expelled, to be replaced by two Arab dynasties. Arab rule lasted until the end of the 18th century, when Kenya passed into the British sphere of influence. The country became independent in 1963.

This is probably one of the oldest known continuously inhabited areas on Earth; fossil remains of humans and pre-human hominids have been found dating back over two million years. More recently, Tanzania is believed to have been populated by hunter-gatherer communities, probably cushitic and Khoisan speaking people. About 2000 years ago, Bantu-speaking people began to arrive from western Africa in a series of migrations. Later, Nilotic pastoralists arrived, and continued to immigrate into the area through to the 18th century. Travellers and merchants from the Persian Gulf and Western India have visited the East African coast since early in the first millennium CE. Islam was practised on the Swahili coast as early as the eighth or ninth century CE.

In the late 19th century, Imperial Germany conquered the regions that are now Tanzania (minus Zanzibar), Rwanda, and Burundi, and incorporated them into German East Africa. The post-World War I accords and the League of Nations charter designated the area a British Mandate, except for a small area in the northwest, which was ceded to Belgium and later became Rwanda and Burundi). British rule came to an end in 1961 after a relatively peaceful (compared with neighbouring Kenya, for instance) transition to independence. In 1954, Julius Nyerere transformed an organization into the politically oriented Tanganyika African National Union (TANU). Nyerere became Minister of British-administered Tanganyika in 1960 and continued as Prime Minister when Tanganyika became officially independent in 1961. After the Zanzibar Revolution overthrew the Arab dynasty in neighboring Zanzibar, which had become independent in 1963, the island merged with mainland Tanganyika to form the nation of Tanzania on 26 April 1964.

All travelers should visit either their personal physician or a travel health clinic 4-8 weeks before departure.

Malaria: Malaria A Prophylaxis with Lariam (mefloquine), Malarone (atovaquone/proguanil), or doxycycline is recommended for all areas at altitudes less than 1800 m.

It is recommended that you consult your local doctor for clarification on all health related issues before you commence your journey.

A visa is required prior to entry into Kenya. A single Entry Visa (valid for three months from date of issue) will cost US$ 50. A transit visa will cost US$ 20 (You can also pay using Euros, GBP or SwissFrancs).

For those whose country doesn't appear in the list above, visas can be obtained at the Airport upon arrival. It's advisable to obtain the visa from the Kenyan Embassy/High Commission in your country prior to departure.* Note: The list of countries shown above is subject to change - For more information please check http://www.immigration.go.ke

Travellers to Tanzania require a valid Visa each time they enter the Republic. Visas can be obtained at any Diplomatic or Consulate Mission of the United Republic of Tanzania abroad, normally within one business day. Visitors are urged to do so to avoid any possible inconvenience at point of entry in Tanzania.

It is possible, however, to obtain a tourist's visa for a single entry at any one of the following four main entry points to Tanzania, subject to the fulfilment of all immigration and health requirements:

(This facility is generally for those who could not apply for a visa from a Tanzania Mission abroad) For all other entry points in Tanzania, visitors must hold valid visa prior to arrival.

Temperatures and climate vary drastically from region to region and even throughout a single day. Basically the traveller should come prepared for hot, cold, wet and dusty conditions. Packing requires some careful thought and consideration. 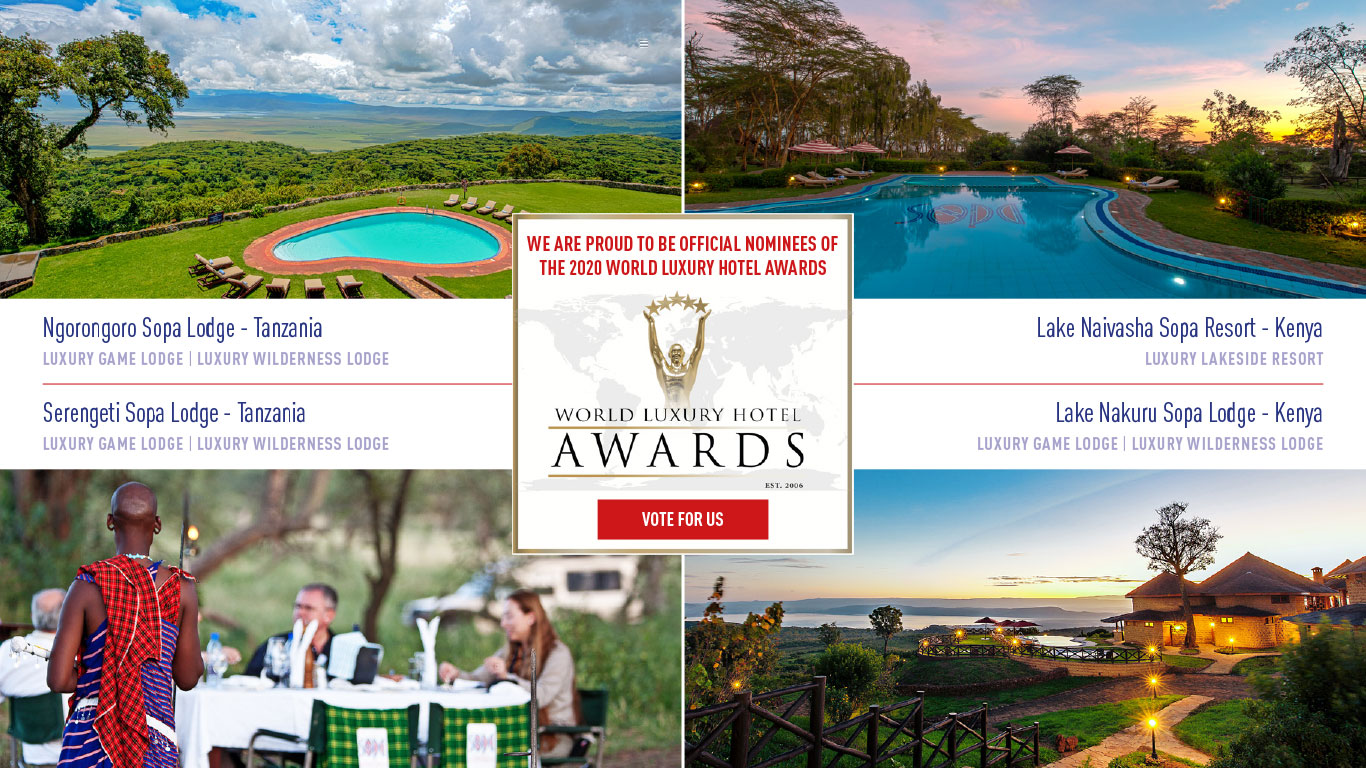