The lodge is set in the Nyarboro Hills, in the South West overlooking the Serengeti Plains. 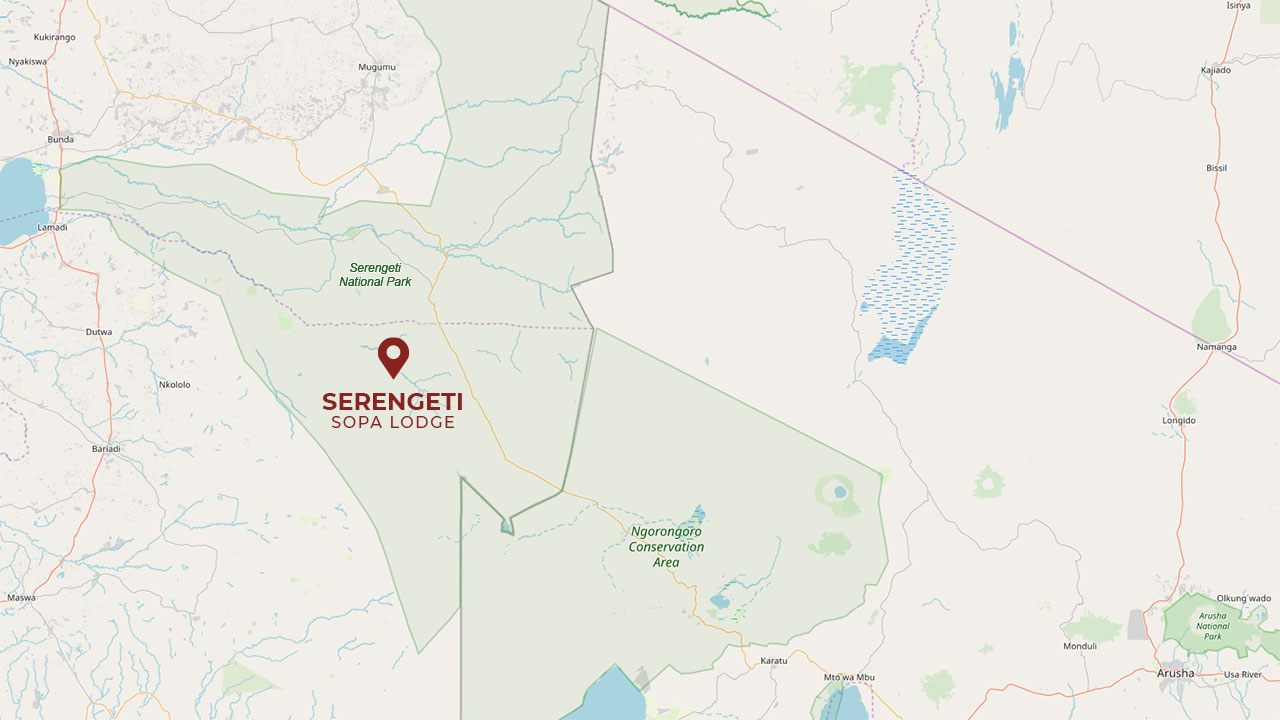 This vast 14,763 km2 wildlife conservation area in north western Tanzania first came to public notice in 1901 when a troop of German soldiers was attacked by a raiding party of Maasai warriors. The Germans subsequently built a defensive structure called Fort Ikoma in the area, and maintained it until it fell to the British army in 1917.

In 1921 the British Administration declared a 350 hectare nature reserve near a village called Seronera,  and  now the Serengeti’s administrative centre to protect lions, and this was the start of the Serengeti National Park which was eventually formed in 1951. The park came to international attention in 1957 when Bernard Grzimek, then President of the Frankfurt Zoological Society, and his son Michael, wrote a book called Serengeti Shall Not Die and, in 1959, they made a wildlife film with the same title. While the film won an Oscar at the annual American Acadamy Award presentations that same year, Michael was unfortunately killed in a plane crash while working on the documentary.

As a result of the Grzimeks’ efforts, the Serengeti is now one of the world’s best known National Parks, and with good reason. Its vast, endlessly rolling, Acacia-studded grassland savannahs, riverine forests, swamps, and hills and valleys are home to countless species of numerous wild animals – not to mention birds – as well as the 1.5 million wildebeest which annually migrate northwards – together with tens of thousands of zebras – into  Kenya’s Maasai Mara Game Reserve for a month or two every year.